About the Sex (Sorry Mom) 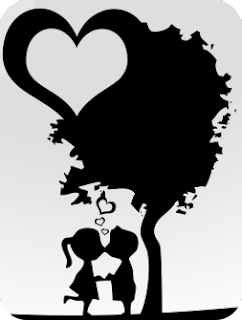 Yesterday, I went to the salon for my usual cut and color.  I have been going to the same place for several years and Heather always does a brilliant job.

As I was sitting in the chair, waiting for the color to set and filling in a crossword puzzle on my iTouch, I happened to overhear a conversation between the stylist and her client in the chair next to me.  They were discussing the fact that they were always too tired for sex with their husbands.

It didn't seem to be a lack of desire, just a lack of energy.  One of them actually said, "I always enjoy it, and am glad I did it, but I just don't want to do it very often."  That would be the same one who was saying that she would be laying in bed watching TV and her husband would 'make a pass' at her and she would turn him down, and then he would sit there and pout (that's gotta be sexy).  The other one agreed with her, then went on to talk about how she hated it when her husband would wake her up wanting to have sex, and how that annoyed her.

Wait.  You get annoyed by, and continually turn down, the man you love who is turned on by the sight of you?  Then you giggle with your hairstylist about it?

I honestly thought I was listening to a conversation between two women who were much older than their voices sounded.  Then I glanced up.  One of them couldn't have been any older than me (mid-thirties), the other was probably in her mid-forties.  I was shocked.  How could two relatively young women be so anti-sex?

What is it about women and marriage that eventually turns them off to sex?  So many theories, so little time.  All I know is that every time I hear a story with statistics about people in their 70s or 80s still having satisfying sex I get excited.  Sex doesn't have to stop because you've been married for X number of years, or because you are X number of years old.

Enjoy life, don't take anything for granted.
posted by Giddy. at 9:08 PM