Virtuality (or: Shut Up and Talk to Me!) 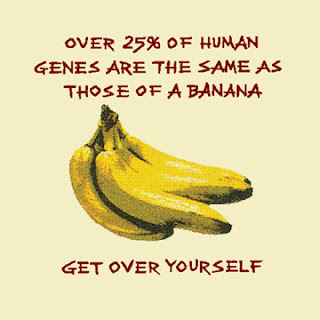 All day... ALL. DAY. I've been trying to figure out what I was going to write. Since I've found it is difficult for me to write while I'm happy, I've found I'm writing less. Because, I am happy.

Honestly, I don't even know how to explain it to myself, let alone put it into words to describe it to other people.

Yes, I know the interwebs provide us a bit of anonymity... and some people feel that since they are writing from a distance they can say whatever they want to say. But, if you are writing in a public forum, e.g., a blog, you know who is watching you, that strangers will see what you have to say, and you know that the people who care about you most are reading. You also know that the person your writing is directed toward will understand exactly what you are trying to say to them.

When I write something, directed specifically at someone, even if I know that no one in the world but that person is going to get it, I at LEAST know THAT person is going to get it, no matter how subtle I am attempting to be. I've been called out for specific sentences or wording, people are smart, and they know when you are talking about them. For example; what I'm writing right now. I know this will be understood by exactly who I am writing it for (actually, by my calculations, there will be two who get it - and no, I will not answer any questions about it, I'm not sure I should be writing it...let alone even ought to discuss it, just take it for what it is).

People, I beg of you, if you have something to say to someone, say it. Not in writing, in a blog or email, but in real life... because, yes, real life, and face to face conversations still exist, and are important.

Because at some point, it will be too late. At some point you will have missed your chance. And, there is no going back.

When you've missed your chance, and have been told as much, its time to suck it up and move on. Too late is too late, but that is another blog for another time...

And, on that note, once you have missed your chance to say those words, IMHO it is just plain mean to say them after the fact. If you want to call someone out on their intentions, or question their character, call them (on the PHONE), or visit them, do it! But, don't just write something on the internet knowing it will make them experience emotion... and thus contact you. And, you know later when they bring up what you've written you can say, "oh no, that wasn't about you, how could you think that was about you?"

I'm sorry, but that is the chickenshit way to go about it.

I don't care what has happened to you or in your life; the interwebs, IM, text messaging, email, NONE of that is a replacement for true human companionship and interaction. Reality happens outside of our computers. Virtuality happens within them. Be sure you know the difference.

I realize this post is hypocritical.
That was kind of the point.
If you have a problem with it, call me. Let's chat about it.
Or come over, we'll have a drink and a face-to-face conversation.
posted by Giddy. at 10:38 PM

I'm with you on this. I think people do this because they prefer not having to experience in person the uncomfortable awkwardness that sometimes accompanies face to face confrontation.

Having a teenager in the house has made me realize that "Virtuality" is the NEW reality for kids. Isn't that frightening!!! Texting, blogging, comments on myspace... that's the law of the land for this new generation. It's just bizarre to watch kids have no concept of human social skills because they only know how to text it! UGH! Hugs!