"Its just not Thanksgiving until I get kicked in the nuts." 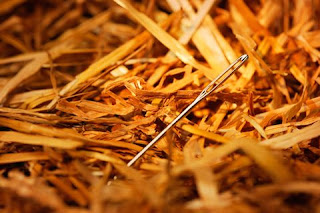 They say everyone has a story to tell...
Just start at the beginning, and when you get to the end, stop.
Wouldn't it be nice if it were always so simple?

Life has not been simple over the past few days.
But, let's just stick with today shall we?

Miss "Pay-attention-to-my-face" decided to play the 'strangle myself with my clothing' game this morning. Only today she decided she would be much more assaultive. After hearing The Vegan-Co-Worker get kicked in the nuts, Miss "Pay-attention-to-my-face" was down to her panties... we don't usually have to take those from her. All staff is out of the room, and except for The Vegan's nuts, we're all relatively unharmed.

By the next restraint, she's fully naked and I'm supposed to be holding her legs. Keeping in mind that she's about 5'3" and 300 pounds, this is NOT a pleasant place to be, her legs are short, and she doesn't clean well when she showers. So, yes, I'm slightly hesitant, and for my own mental health, averting my eyes. I slip, get kicked in the jaw... lovely. At some point she kicks me in the back of the elbow too. No, they don't bend that way.

I spend the rest of the day in the kitchen helping to prepare a Thanksgiving meal for the kids (and really, I commandeered a few of the vegan dishes, just to be sure they were done right... how was the stuffing anyway, Vegan-Co-Worker?). Not such bad deal, I don't mind being in the kitchen, but, because I'm in the kitchen I get a bit bawdy (thank you Ren. Faire). It'll be a miracle if I don't get sued for sexual harassment.

We all sit down to eat, and some smarty-pants decides to go around the room, each person saying what they're thankful for. Some of the kids (and actually a couple of the staff) manage to turn it into 'I'm thankful for me because I'm better than you a-holes.' But, somehow I begin to get emotional, thinking about these kids, many of them going home tomorrow and spending anywhere from a few hours, to a few days with their families. A few of the unfortunates, spending Thanksgiving day in a group home.

I get a bit bleary-eyed through the thing, but manage to keep it to myself until that stupid Vegan started talking. I've known for quite a while now that he's leaving, moving to Canada (and not just Canada, but the Way-Far-Away side of Canada... butthole), and he got a little choked up talking about what he was thankful for, and I was basically ruined. Dang. I'm going to miss that guy.

This story ends with my quick stop into Safeway this afternoon to pick up a few things for tomorrow. I get to the register, and this "kid" comes over to bag my groceries. He looks familiar, and it only takes me a couple of seconds to place him. He's one of my old students. I remember when we were working on getting him the job, about 4 years ago. Because of client confidentiality, I can't say anything to him unless he chooses to acknowledge me, and even then I have to be very careful about what I say. But, as I watch him, I realize he doesn't recognize me (which is fine, if I were in his shoes, I'd try to forget me too).

I should probably save this for another blog, and maybe I'll expand on it in a few days, but it really made me happy to see this kid still there and working. A lot of my "clients" walk a fine line between being able to function in society, and spending a lifetime in and out of jail (or an institution, depending on the kid). Most times, I don't ever see how their stories end. Every once in a while, the universe throws me a tidbit, and I suppose that has to be enough.

Monday morning when I wake up, I will think of Safeway Kid (versus, the one who got shot recently, or the one who made it home only to end up in an institution in less than a week), and I will think of the one I heard about a few months ago who actually graduated from high school, and wants to go to college. I will gnaw on these tidbits, and anxiously wait for the next... because it is these very few starfish which I have been working so hard for.

**The title quote came from The Vegan-Co-Worker, directly after being kicked. My response was, "dude, that is totally the title of today's blog."**
posted by Giddy. at 5:31 PM