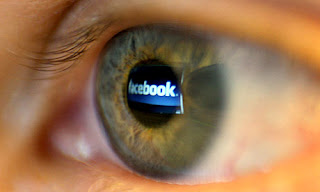 I think facebook is partly to blame for my non-bloggyness over the last year or so. All of the brief thoughts that previously might have been developed into something worthwhile lost to interwebs randomness. I once thought twitter would be a great 'dumping ground' for brief ideas I could work out later, yet that didn't seem to work.

Like many others, I originally joined Facebook because a friend had some pictures I "just had to see."  From there I watched other people join and suddenly I had a few friends.  Now, like many people, it is where I spend much of my time.  Keeping up with friends, checking in, and posting my blogs in 200 character (give or take a few) chunks.

Of course, I've been writing anywhere from one to three (and sometimes more) papers each week on my quest to get my teaching credential and masters degree.  That has definitely cured many of my writing desires... unfortunately, it isn't quite the same.
posted by Giddy. at 9:32 PM