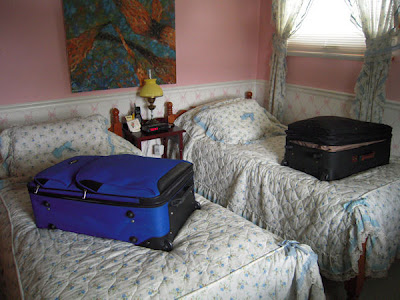 I think CSB summed it up in the best and sweetest way once we were home, falling asleep in our own bed, "it was like having a sleep-over... with my best friend."
posted by Giddy. at 7:12 PM

let me just gag a little bit to clear my throat and then say... ahhhhhhhhhhhh soooooooooo shmooooooooopy!!!

Awwwww... I'm sure his family totally loved you.


When my mom would do that to me - seperate beds, I'd move the nightstand and push the beds together. Heh.