Chances Are What You Make of Them 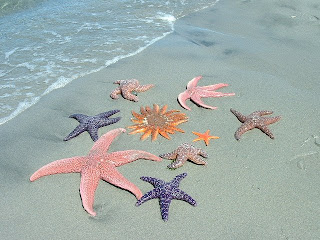 I suppose it's nice not being the "last stop" in some kid's life. Knowing that they get another chance if, for some reason they get thrown out of my school, should make it easier somehow. But, when you lose two of the "good ones" in one day, it's tough.

One is fairly quiet and unassuming (in the classroom). He has a speech impediment, and because of it tends to be somewhat introverted. He is looking at expulsion for his second fight in three weeks, he's done at a regular public high school (at least for this school year). Ninth grade, and headed to continuation high school... yes, the system has failed him. In fact, most of the kids I work with have been failed in one way or another.

The other, also not a kid that would stand out in a crowd. He is intelligent when he does come to class (in my Biology class even), and seems to know his shit. But, in the last 20 days that he's been enrolled in my class, has been absent 15 times, he hasn't even been in class enough for me to give him an actual grade. He seems to be a good kid, will talk with me one on one, seems to be pretty honest about his troubled past, but said he wants to do better. The email I got today said that he is withdrawing from my high school because he's in juvenile hall.

I sat down with one of my students today and said, "do you plan on coming back after your birthday in November?"

I give these kids every chance, and yet, some of them seem to just choose to fail. But, if you ask them, they will tell you they don't want to fail. Yet, they don't bother to even try... I ask you... what do you do for a 16 year old who won't bother to do anything for themselves? What do I do with a kid who wants to learn, but says the work is too difficult, and he sits at his desk crying telling me he doesn't understand? But, when I tell him I need him to try his best, so I can see exactly what it is he isn't getting (math), he just sits there refusing to do anything... I can't help someone who isn't willing to participate.

It is insanely frustrating. Sometimes I think it was easier when they wanted to kill me and I could just pin them to the ground until they calmed down. I really think there was something about that physical contact.. that dominance.. that made a kid respect you a little more.

It's amazing how many times a day a student will ask me a question, I will answer, and they will say, "no..." and contradict me. Its amazing how many times a day I either want to slap someone or bang my head on the wall. And, really it's not about "stupid" it's about rude and disrespectful. So many of these kids are so far out of line, I can't believe they've lasted this long. How have adults allowed them to behave this way for so many years?

Teh ShortBus is more well behaved at four than most of these kids are at 15-17. His teacher told me today that he is "a gentleman." Damn straight... that's my boy. In 20 years from now his wife will be thanking me for raising such a wonderful person.

I've been a wife, I know how important good manners are. I've been a girlfriend, I know that there are times I want to call CSB's mom and say, "hey, thank you for raising such an aware, intelligent, generous, kind, and chivalrous person. I really appreciate that effort."

Yes, part of it is inherent in the person, and the genetic code... but so much of it is in how you are raised. So much depends on what happens around you in those formative years.

Caring is what makes you good at what you do! Damn first year teachers! I have a great idea, just blame it all on Chris Romo...

It's why you're a teacher babe. Because you CARE! If you didn't, you'd have quit already. Stand up and fight!!! It will be worth it when you make a difference in just ONE of their lives!

Never let the current teaching system beat the caring out of you, Giddy. It truly is your Super-Power; and these kids need you (even if they don't always realize it).