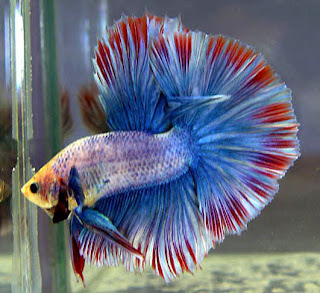 It is scary to look at a five-year old and think, "I hope I have done my job well enough that he can begin to make the right choices on his own." But, if we've done it right, as parents, we start to pull away and let our little fishies venture out of the puddle... little by little. They test those waters on their own, and have those first experiences with the other important people in their lives, and maybe... just maybe... a mother's heart will survive the trauma of her baby growing up.
posted by Giddy. at 11:41 AM

I will miss you fluffy.

Just wait until the day you look at a picture of your child as a 3 or 4 year old and realize that person is gone...forever, grown up, never to return as the same little person. And you never got to say goodbye.

Life is made up of lots of little changes.