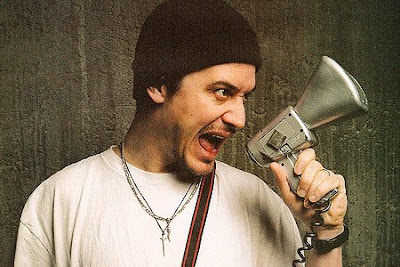 Yes, Mike Patton, Geddy Lee, Amanda Palmer, Donald Gibb, Tiffany, Angelo Moore (the list goes on)... odd run-ins, in odd places, at odd times. Not impressive by any means, but good enough for me.
posted by Giddy. at 10:27 PM

I live close to LA do my famous run ins not count? I met Sly Stalone outside of LA...half a point?